Welp, even if I’m not doing so great at getting out there and taking photos right now, at least I’m still submitting things to shows here and there.  I’m happy to say that two more of my photos have been selected for another show at the Bowie City Hall!

This one was a fun one — artist’s choice!  So I went through a couple of my favorite photos from this year, and two out of three were chosen.  The other one was too large, unfortunately, but at least it was too large because they had such a huge response this time.  I’m glad that more people were participating in this show, because that always makes things fun!

So enjoy, and if you’re in the area on the 29th, stop by and check out my stuff!

Since I’ve been just terrible at keeping up with my 2016 challenge, I though I would get myself back on track by posting another project that I did in my Alternative Photography class this semester.  I’m about to take off to Florida again, so don’t worry, I’ll have plenty of new pictures, and I’m sure that will motivate me to get back into the swing of things!

Palladium printing.  Doesn’t that just sound yummy?  I love all of these old processes, and I’m so thankful that I was able to try out so many of them.  This was a particularly interesting demonstration/project, because we actually had a guest speaker/palladium printing expert come in and spend the class with us.  Robert Kozma is an amazing photographer, and it was great to have a talk, demonstration, and time to work with him.  We had a chance to view a wide variety of his work, which was truly beautiful; it’s clear that he has an immense understanding of the medium.  His work had a richness and crispness, while maintaining a warmth that simply made me fall in love with yet another process.  Unfortunately, I wasn’t able to find a website for him, but click around on my google search here if you’re interested in browsing around through various bits of his portfolio.  It’s well worth it.

This was quite the extensive class session, and one of the only times I would say that the allotted six hours was not enough.  I know, I must be joking, right?  But with trying to teach about 20 people a new process, coat paper, let it dry, expose, develop, and then give it another try, the time pretty much flew by.  Luckily, my friend and I were one of the first ones to get started, hence, one of the few who were actually able to test things out and make more than one or two prints.  With that, I have three of the same print.  It’s something that I’m not always fond of doing, since I was surprisingly happy with the first version, but I’m glad that I did it for this process.  We made some adjustments to the mixture of all the different chemistry involved, double coated some sheets of paper, diluted some mixtures with water, and changed exposure times.  It’s quite interesting just how different your print will show up with just minor changes to these things.  I also have one single print, which was just an experiment with a piece of paper which we didn’t finish coating.  It’s a little lighter than I would like, but I’m glad I tried it out anyways.  Aside from this being an expensive material to waste, which I hate doing, it’s great to see a more drastic variation as a result of chemistry application.

The photos themselves were taken the last time I was in Florida.  My friend and I always like to try and venture out to interesting little (free) places, and we stumbled upon Lake Eola.  I wasn’t quite a fan of the idea of just going to a lake that was clearly amidst a bunch of office buildings in the middle of Orlando, but I was intrigued by the fact that there was supposedly a ton of swans at this lake.  I have to say, I was not disappointed.  There were tons of swans!  As soon as you enter the park, they’re lounging in the grass and bushes, swimming in the lake, and are not shy about being around people, or even coming up to you.  With that, I was able to get some pretty good close up photos of them, as well as the ducks and other birds at the park.  If you’re ever in the area, and want a relaxing place to hang out an enjoy the sights, I would recommend it.

So here are my prints, aka, four more reasons why I want to take this class again!  I’m in love with them all for different reasons, so you be the judge.  Which one wins out?  Enjoy! 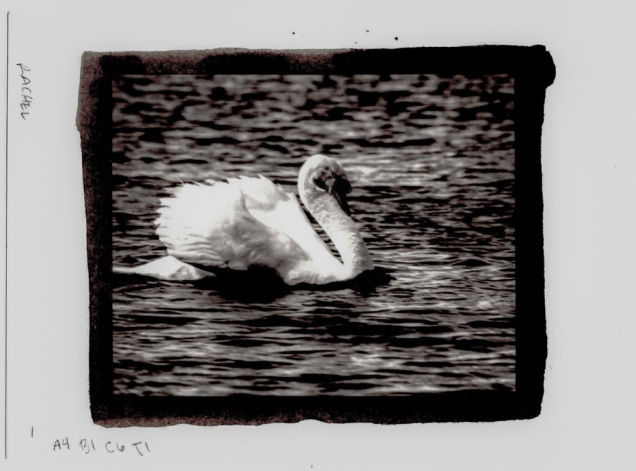