Thinking of this week’s assignment gets me thinking of all of the photographs that I’ve lost.  Yes, you heard me, lost.  Tragic.  I’m the one who boasts about never losing or breaking anything, and I mean really, like never — I try really hard, and I’m freakishly organized!  Of all the things to lose, I have lost some of the most precious things to me, but I guess that’s what happens when technology gets outdated and replaced so often, and you move 10 times in 11 years.  Not too bad when you think of it.  The upside is, that in trying to organize my photos over the last year, I actually realized that I did lose some, and started backing things up, so hopefully this never happens again.

ANYWAYS….this week’s assignment is architecture!  Among the “lost photos” were some of my favorite architecture examples; old buildings, churches, and cemeteries from my trip to Argentina, and the quintessential California beach picture of the lifeguard stand nearly silhouetted in the sunset.  But alas, I have a chance to move on from my lost memories, and capture some new images.  Architecture, though I used to be more interested in photographing it, has now become one of those things I seem to stray away from, kind of…  I think I have that perception because I’m not quite sure what classifies as “architectural photography”.  Is it just a picture of a building, or can it be something a little more specific about building, or maybe not a building at all, and just a man-made structure of some sort.  Either way, I’m glad that I’ll have the opportunity to give it another try, and I’ll do a little research as to what the official definition is.

More often than not, when taking pictures of buildings or structures, I seem to focus on particular parts or aspects of them, and not capturing them in their totality or on a larger scale.  With that being said, I seem to treat historical or famous sites as something that needs to be fully captured, and rarely take close up photos of them.  Unlike what I consider your typical architecture photographs, like taking pictures of city buildings or skylines, I find myself taking pictures of bridges, doorways, or just portions of different architectural features.  During this week, I’m going to try to keep all of those things in mind while shooting.  Hopefully I’ll end up with some successful images of actual buildings, but who knows —  I probably won’t be able to stay away from the creepy doorway or abandoned building if I come across one 🙂  Here are a few architectural examples from my past work.  I’m going to quadruple check my photo archives now in hopes to find the coveted “lost photos”.  Wish me luck! 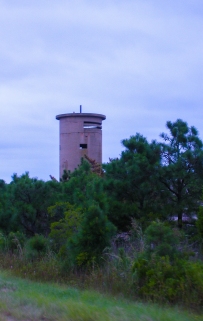 WWII Watch Tower. My favorite little sight to see while at the beach 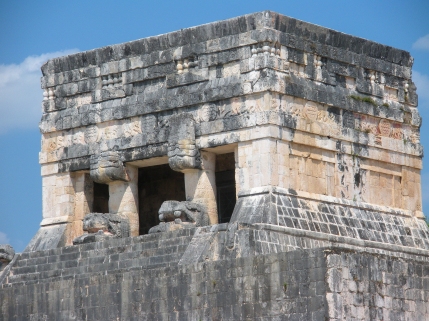 Seat of the High Priest at the ruins of Chichen Itza, Yucatan, Mexico 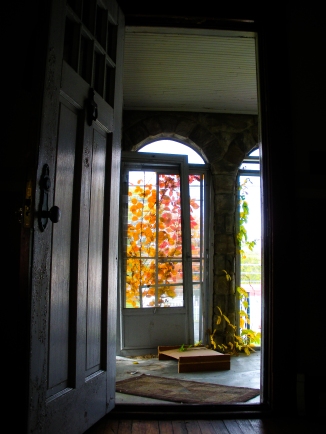